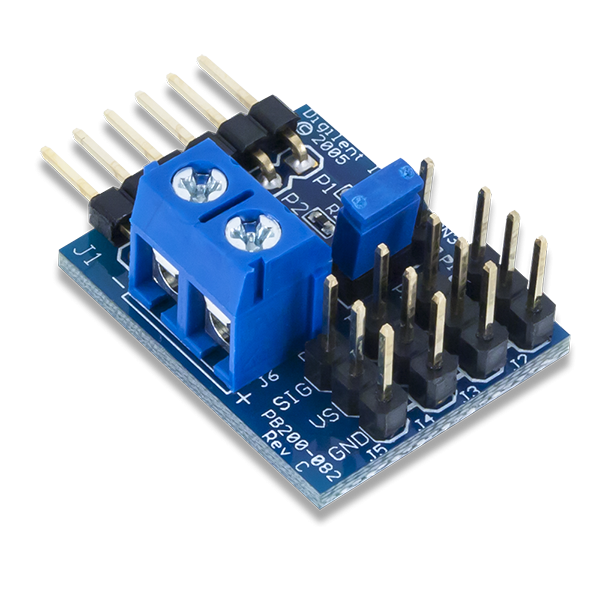 The Pmod CON3 can be easily used to interface with up to four small servo motors that deliver anywhere from 50 to 300 ounce/inches of torque, such as those used in radio controlled airplanes or cars, as well as some mechatronics projects. The power supply can be sourced either from the system board or an external power source via a pair of screw terminals.