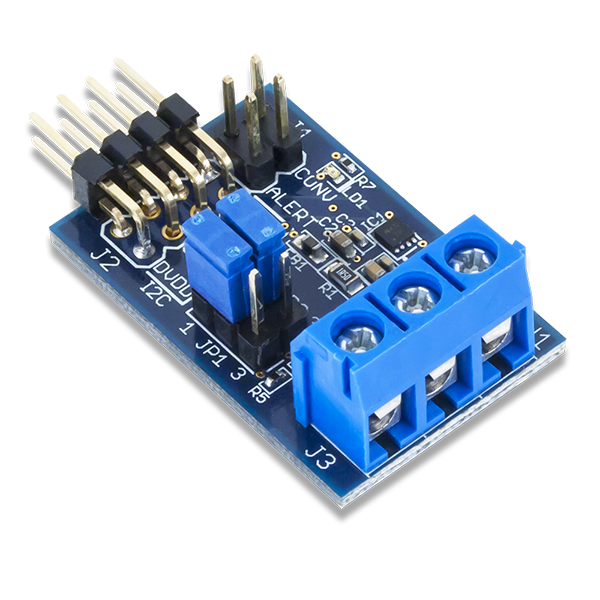 The Pmod PMON1 is a power monitoring system that uses the Analog Devices AD5112 and ADM119. By using I2C, users can set a reference voltage on the AD5112 to indicate what qualifies as an overcurrent condition for the ADM119. Once an alert condition occurs, users can also program alarms or other events to occur.