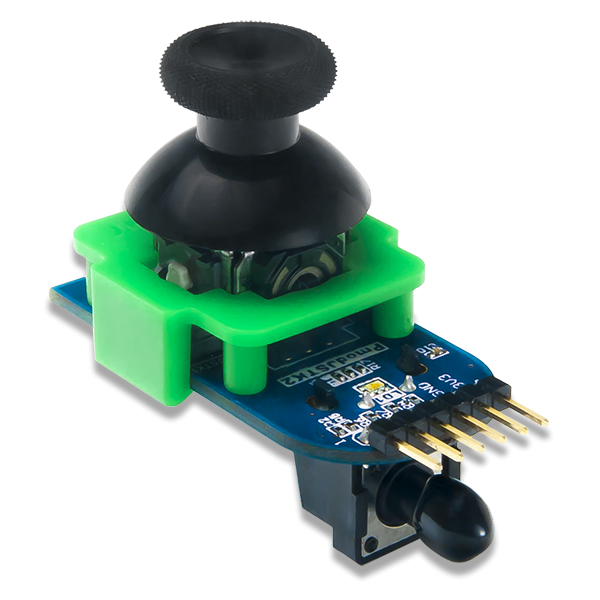 The Digilent Pmod JSTK2 is a versatile user input device that can be easily incorporated into a wide variety of projects. With an on board Microchip PIC16 MCU, two-axis joystick on a center button, a trigger button, and a programmable RGB LED capable of 24-bit color, the Pmod JSTK2 is ideally suited for Digilent microcontroller or FPGA-based projects that require proportional control from the user, such as robotic applications.

As you can see in the product image gallery, we have created some fantastic 3D printed cases for the Pmod JSTK2. If you have access to a 3D printer, or 3D printing services, you can print these yourself using the links below!