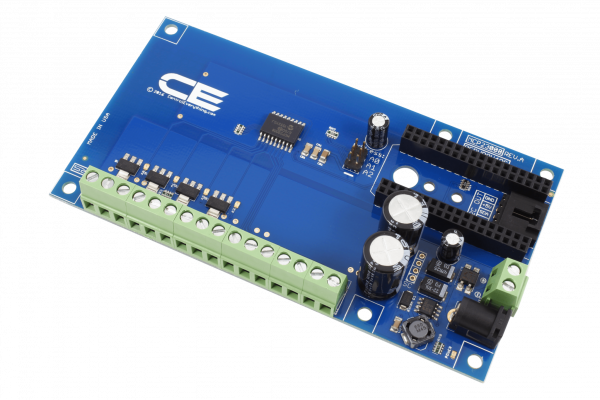 This 4-Channel power FET driver allows high-current loads to be controlled from your favorite IoT communications module using I2C communications. This device uses four BUK98150-55A power FETs, allowing cloud control of 4 channels of High-Power LED or incandescent lighting from anywhere in the world. The BUK98150-55A is capable of switching up to 55VDC and 5.5 Amps of current (8 Watts of Heat Dissipation), making it an ideal choice for most low-voltage DC lighting applications. The MCP23008 GPIO chip is used as a driver for this controller, making communications easy and expandable to up to 8 devices on a single I2C port.