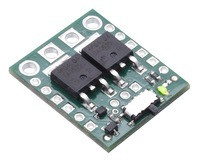 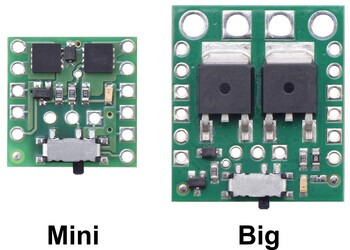 The primary functional difference between the each of the units arises from the MOSFET used, which sets the operating range and performance of the units:

2 On state current is dominated by indicator LED; current is approximately proportional to input voltage. 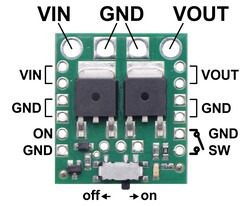 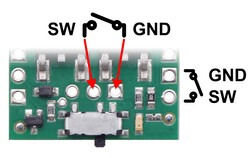 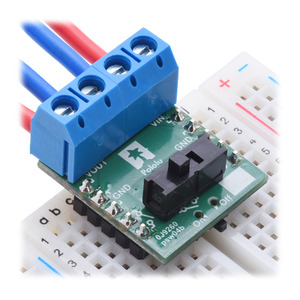 An example of using a different through-hole slide
switch with the Big MOSFET Slide Switch. 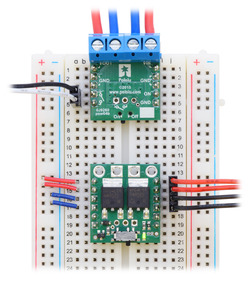 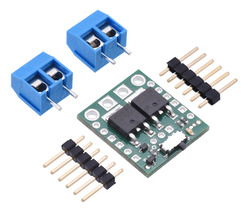 Two 6-pin straight breakaway male headers and two 2-pin 5mm terminal blocks are included with each switch, and you can choose which of these components, if any, to solder to the board. The terminal blocks work with the four large holes, and the header strips allow the switch to be used with solderless breadboards and perforated circuit boards with standard 0.1″ spacing. If you want to use the terminal blocks, we recommend you install them on the side of the board without components, as shown in the above breadboard picture. The terminal blocks will cover one of each of the smaller VIN and VOUT holes, so you should not solder header pins into those holes if you plan on using terminal blocks.

Note that the terminal blocks are only rated for 16 A, so for higher-power applications, thick wires should be soldered directly to the board. 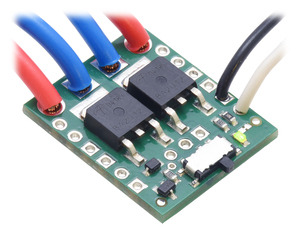 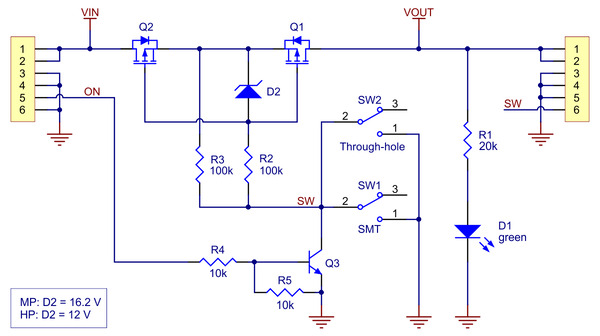 This diagram is also available as a downloadable PDF (647k pdf).