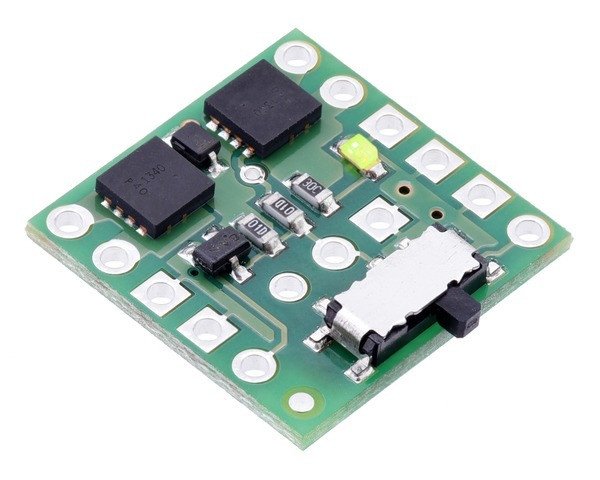 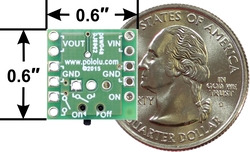 Four versions of the MOSFET slide switches are available:

The two Mini MOSFET Slide Switches are smaller, lower-current versions that are useful for applications with tight size constraints or lower power requirements. Also, the the Mini LV is the only one of the four that works below 4.5 V; since it can operate down to 1.8 V, this version can be used with a single lithium cell battery.

The MOSFET Slide Switch is compatible with solderless breadboards and perforated circuit boards with standard 0.1″ spacing. For such applications, the included male header pins can be soldered to the switch PCB. Alternatively, wires can be soldered directly to the switch PCB for non-breadboard applications. For high-current applications, make sure that the wires can safely carry the current. Two pads/pins are provided for each of the power nodes, and multiple pads should be used for applications drawing over 5 A.

1.  Without included optional connectors. This also does not include the slide switch lever, which extends past the edge of the board by approximately 0.04″ (1 mm).