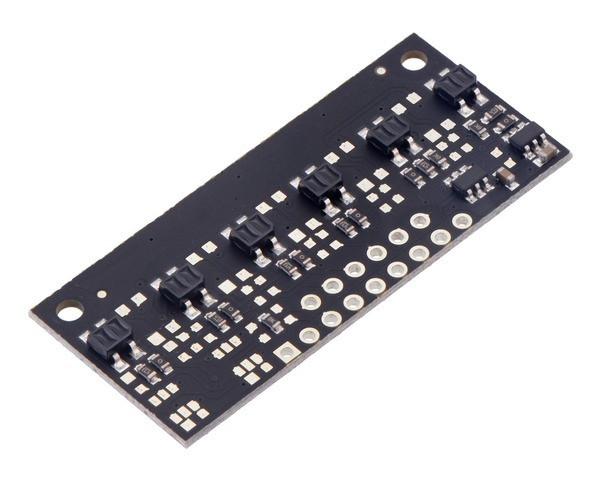 This array of IR LED/phototransistor pairs is great for precisely identifying changes in reflectance (like line detection). It operates from 2.9 V to 5.5 V and offers dimmable brightness control independent of the supply voltage. In general, the closer the object, the higher the contrast between light and dark readings, but high-reflectance objects are generally detectable out to around 40 mm. This version features the traditional-style QTR sensors without lenses.

Note: Unlike most of our products, these sensor arrays do not ship with any headers or connectors included, so you will need to supply your own or solder wires directly to the board to use it.